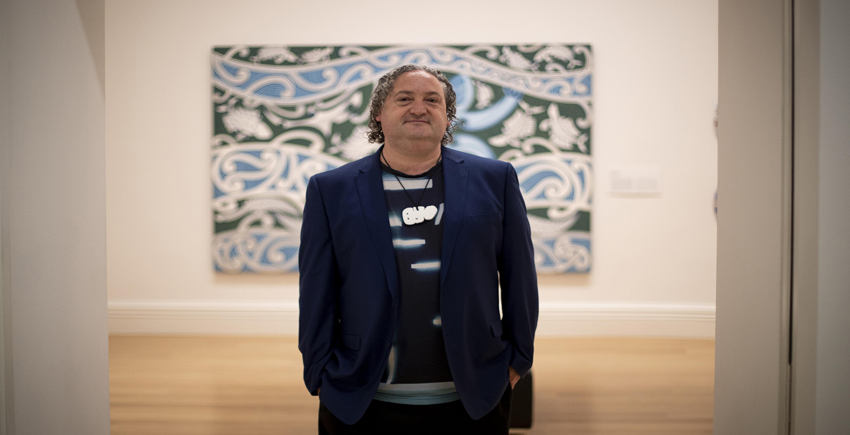 For Nigel Borell, Maori art is an integral part of understanding this country, Aotearoa.

For Nigel Borell, Maori art is integral to understanding this country, Aotearoa – and his New Year’s Honor shows that many others have similar thoughts.

The artist and former Maori curator of the Toi o Tāmaki Auckland City Art Gallery has been appointed a Member of the Order of New Zealand for service to the Maori.

“It was a surprise for me and very humiliating,” says Nigel Borell. “It’s also an opportunity to reflect on the work you do in the sector.

Over the past five years or so, this work has formed Toi Tū Toi Ora, a vast survey of contemporary Maori art that drew 191,000 visitors in its four months.

The full catalog is expected to be released in March.

“The exhibition and the reflection behind it are timely. In retrospect, I was excited and surprised at how widely it was adopted by Maori and Pākehā.

“Art encourages us to understand the land on which we live. People have grasped its meaning in their own experience.

When Toi Tū Toi Ora opened at the end of 2020, Borell had put in reports in his notice later expressing his frustration with gallery management who still thought they could dictate the terms of the engagement. of the Maori.

It took a year to replace him, including a further step of creating a middle management post of Maori kaupapa manager.

Nigel Borell says big institutions need Maori conservatives and the fact that Auckland didn’t have one until 1999 meant there was a lot of catching up to be done.

Maori artists were under-represented in public exhibits and collections, and it was left to the Maori Writers Association, Ngā Puna Waihanga, and artists like the late Para Matchitt, Cliff Whiting, and Sandy Adsett to try to to carve out a place.

The fact that almost all of the Maori artists of the Modernist generation were also educators means that they were able to build influence outside as well.

Nigel Borell, of Ngāi Te Rangi, Ngāti Ranginui and Te Whakatōhea, had a practical introduction to the Maori arts, working on three meeting house projects under the direction of tohunga whakairo Pakariki Harrison from 1995 to 2000.

He was Associate Curator of Maori Art at the Auckland War Memorial Museum in 2015 when the post ran across town. It was immediately screened in the screening of “The Māori Portraits: Gottfried Lindauer’s New Zealand” which toured San Francisco in 2017.

Since leaving Toi o Tāmaki, Nigel Borell has exhibited his own work and has continued to organize the opening exhibition of the Wairau Māori Art Galley at the Hundertwasser Center in Whangārei which opens in February.

He also begins 2022 with a new role as curator of taonga Māori at the Auckland War Memorial Museum.