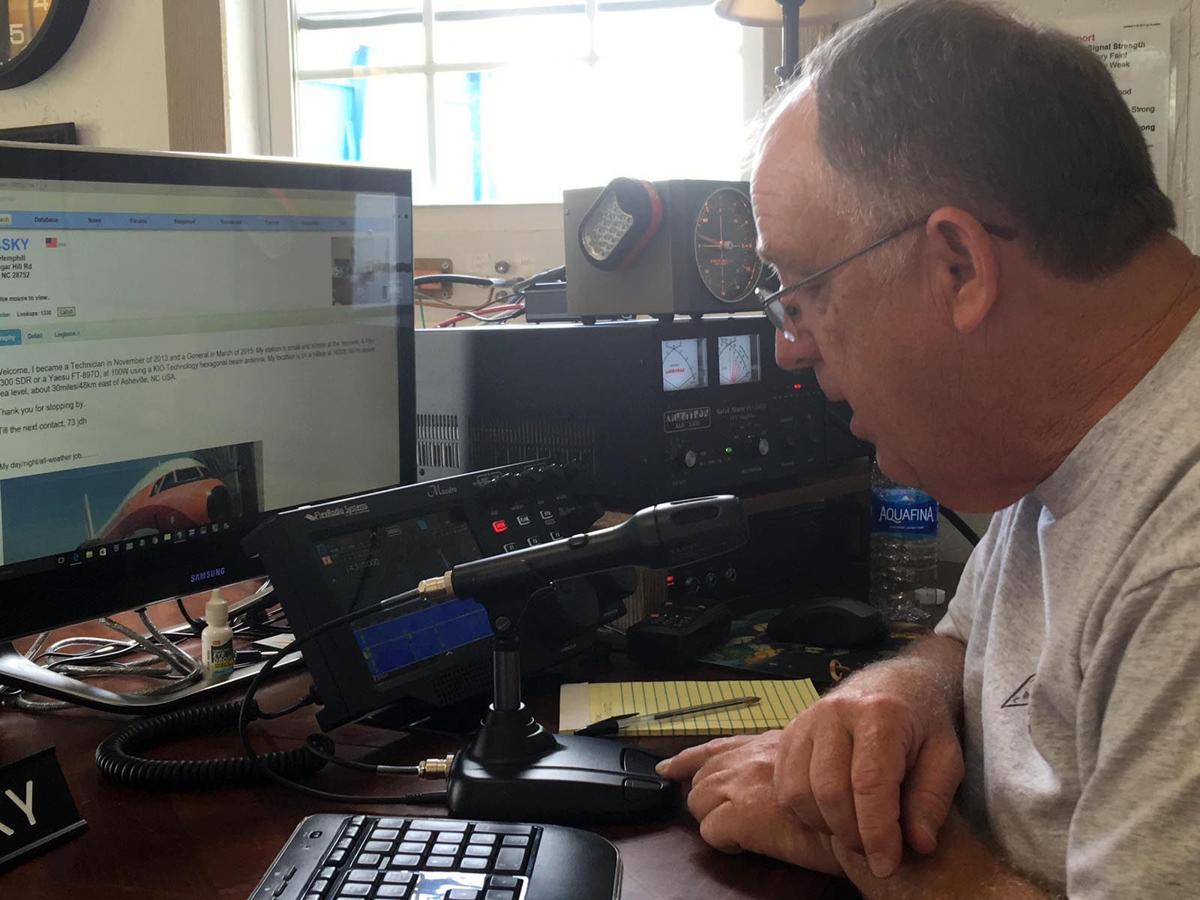 (GINNYRHODES | MCDOWELLNEWS) Joey Hemphill shows McDowell News how to make contact with someone over ham radio. To watch a video, visit mcdowellnews.com. 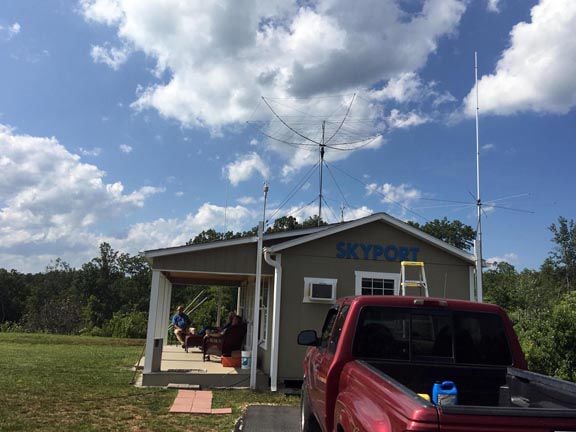 McDowell Amateur Radio Association (MARA), of 29 North Garden Street, Marion, participated in an annual day organized by the American Radio Relay League, a non-commercial organization of radio amateurs across the United States. Thirteen McDowell County members worked 24 hours around the clock to make as many contacts as possible across North America. One participant sent Morse code during the 24 hours.

MARA board member Joey Hemphill hosted the event at his Skyport communications center at his home. He said the group had made just over 1,000 contacts in each state, including some in Canada and across the ocean.

“Field Day is designed for clubs and individuals to get together and assemble their equipment in a short period of time, ideally to simulate an emergency,” Hemphill said.

This year the band had a problem with their computer’s logging system, but still had 1,000 watts of power transmitted from two stations during the 24-hour period.

“We took turns and we would sit and work for about an hour per room. We had more operators than we had stations to accommodate, ”said Hemphill.

Club members participate in amateur radio primarily as a hobby, but they help out in many cycle races in western North Carolina. The group also has a branch at Grant’s Mountain where the county’s emergency communications are in place. They are equipped to handle communications in an emergency if the need arises.