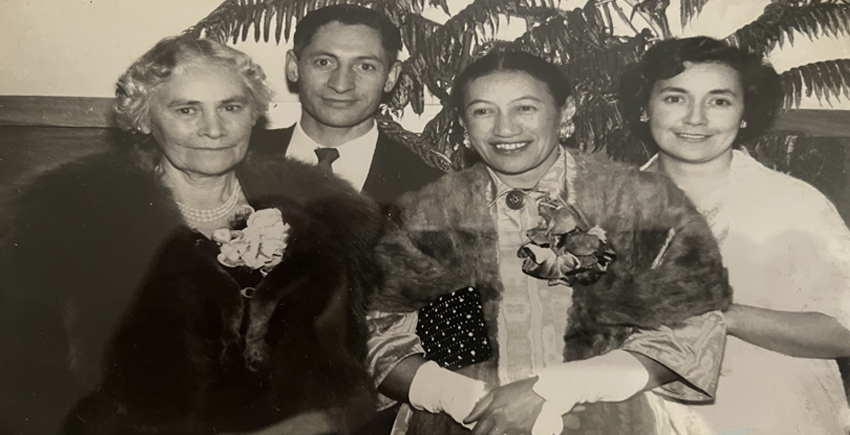 Born March 19, 1922 on his whānau Oparure farm, just outside Te Kuiti, Steve is the

Press Release: Tiwini (Steve) Poharama Hetet (Ngāti Kinohaku, Ngāti Rora, Ngāti Maniapoto) has been a regular at a Papamoa gym for a decade and has mostly joked about his lifetime membership.

An avid gardener, sports enthusiast and crossword expert, it’s evident that Steve’s disciplined lifestyle, and long life for that matter, facilitates his happy mood, good health and philosophical outlook on life, the all confirmed by 100 years around the sun.

Born on his farm whānau Oparure, just outside Te Kuiti on March 19, 1922, Steve is the youngest of five children of Tuheka Taonui and Rangimarie Hetet.

Returning after serving in the First World War, Steve’s father Tuheka settled down to raise his family in Te Kuiti, busying himself as a skilled builder, talented musician and avid rugby player.

Sadly, when Steve was 16, his father Tuheka died suddenly at the age of 49, leaving his young widow to raise his family. Despite being a single mother, Rangimarie continued to provide for her family and achieved many great things, including an honorary doctorate from the University of Waikato for her services to traditional Maori arts. In 1992, she was appointed Dame Commander of the Order of the British Empire. And remarkably, she too celebrated her centenary, living until her death in 1995 at the age of 103.

Steve was two years old when the family moved from King Country to Ratana Pa where his father Tuheka was asked to serve as the chief foreman for the construction of the Ratana Temple.

After four years in Ratana, the family moved back to Oparure where Steve started school at the age of 6. After nine years, Steve left for St Stephens Māori Boys College before enlisting in the armed forces in 1939. First, following in the footsteps of his older brother Bill, in the army, then moving on to the navy. It was here, during a break, that Steve met Nita through a fellow naval officer. But the situation was not without the potential marriage being the subject of a tono – a formal request for marriage in the Maori culture requiring the mutual agreement of the parents. 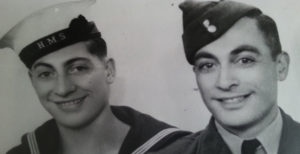 After life in the Navy, Steve and Nita were married in 1948. He tried his hand at farming, before an opportunity arose which would see him start working in Lands and Survey and progress to working 40 years as a civil servant.

Steve and Nita raised a family of five, living for extended periods in Te Kuiti, Whangarei and Rotorua before retiring to Papamoa. Nita died in 2019, Steve’s daughter Christine lives with him and is supported by the extended whānau.

Steve is the eldest of the surviving descendants of Louis Hétet, of Welsh-French descent who married Rangituatahi, the daughter of the influential Ngāti Maniapoto chief, Taonui Hīkaka around 1840.

The couple had six children: Ellen, Mary (both of whom did not reach adulthood), George Ngātai, John Taonui, Mere Te Wai and Henry Matengaro.

Louis Hetet was born in 1816 in Bishops Castle, Shropshire to Mary Morgan and Joseph Hetet, a French naval officer held captive by the British.

Louis has also been described as the Ngāti Maniapoto Pākeha Māori for which many people in Ngāti Maniapoto are able to trace connections to the union of the Maori princess and the European settler.