On October 30 and 31, from 6 p.m. to 11 p.m., volunteers monitor the NYS Thruway overpasses and report any unusual activity to law enforcement. State police said 15 organizations from 19 counties volunteered to participate this year across the state.

The New York State Police T Troop has partnered with amateur radio associations to create a crime prevention program called Pumpkin Patrol. The Pumpkin Patrol began as a volunteer effort in 1976 by Katherine St. Jacques in Fort Johnson, Montgomery County. She was talking to a truck driver on her CB radio when her windshield was hit by an object thrown from an overpass. The driver was injured by shards of glass. St. Jacques and his friends began monitoring the overpasses the following year for suspicious activity. Since then, every October 30 and 31, from 6 p.m. to 11 p.m., volunteers have been monitoring overpasses throughout the region to help prevent people from committing crimes.

The Fort Herkimer Amateur Radio Association (FHARA) has been involved with the Pumpkin Patrol for many years and this year monitored 14 different points along the New York State Thruway at Herkimer County Overpasses. Fortunately, with 16 FHARA amateur radio operators on duty this year, no suspicious activity has been reported. Lighted member vehicles located at the ends of the bridges act as a deterrent to any potential criminal activity.

New York State Police from T Troop in Syracuse had troopers patrolling their areas off the highway and stopping at each radio operator checkpoint to thank us for our participation and we congratulate us on our work and our dedication. They completed rounds both nights.

FHARA meets monthly on the 2nd Wednesday of the month, usually at the Herkimer County 911 Center at 7 p.m. Meetings are free and open to the public.

Anyone interested in the club can attend a meeting or call club president Don Peterson KD2ILO at 1315-868-3283 or education committee chair Chris Bouck KB4CMF at 1-315-429-3927 for more information. 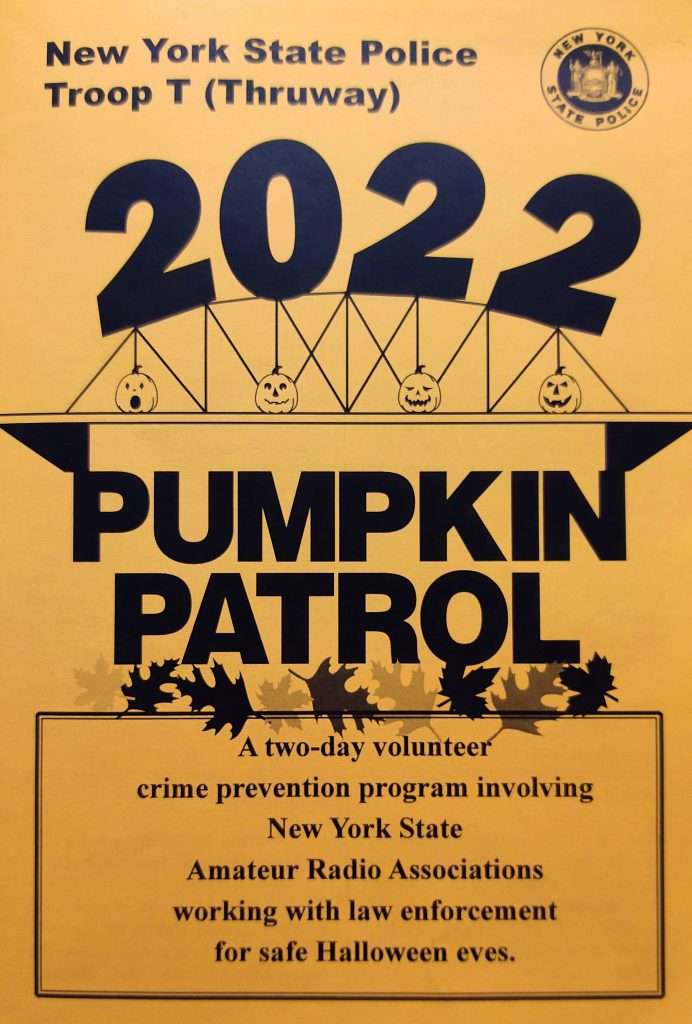