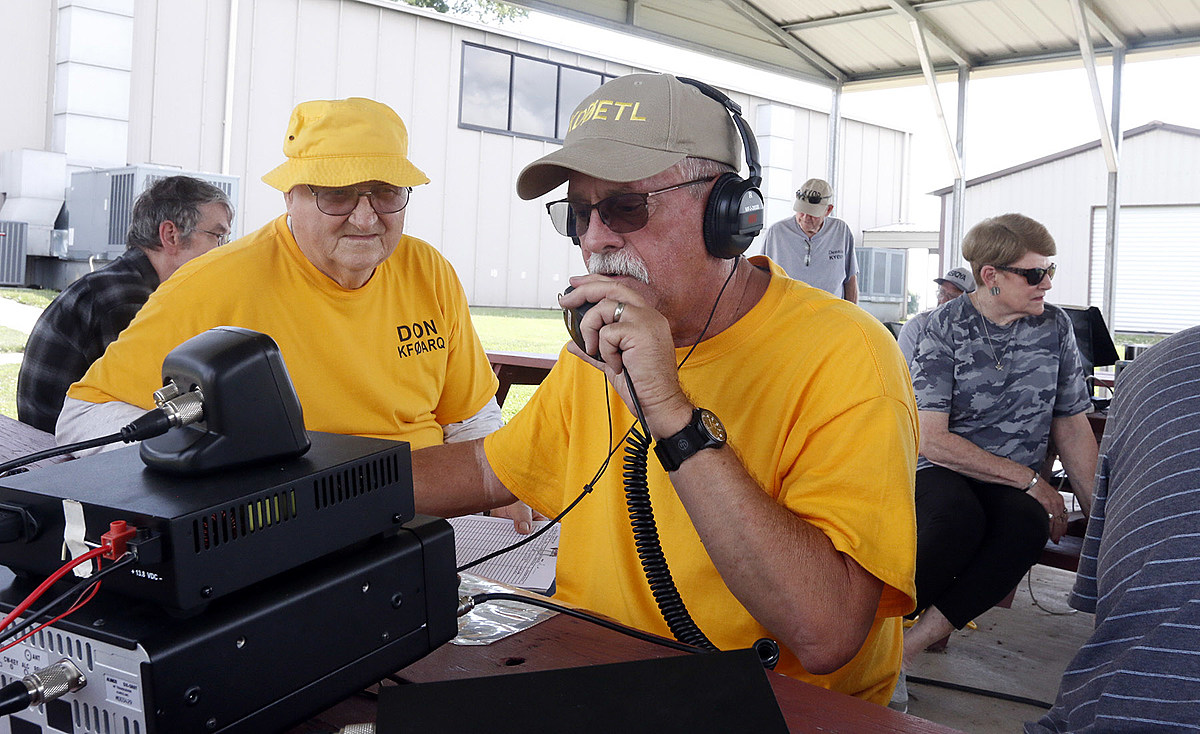 A handful of club members gathered behind Our Savior Lutheran Church, 3700 West Broadway, for about eight hours to contact other amateur radio operators in the United States and Canada.

The club used a generator to power their equipment for the day. Most have basic units in the home that they use on a daily basis.

Paul Withers, former president of SPARK, explained the reason for the exercise.

“Hobbyists bring their wholesale ‘starting gear’, their emergency gear, if something should happen, if a repeater breaks down, we could help the police, fire brigade, EMS, EMA, communicate with radio equipment if all of their equipment breaks down, ”Withers said.

“That’s what happened in Joplin in 2011 when they had the big tornado. The ham radio was there to pick it up, ”he said.

“It’s easy to ‘catch the virus’ and dive into the world of amateur radio,” Withers noted.

The objective of the club, founded in 1935, is to arouse the interest and involvement of people in emergency radio. “And it’s fun,” Withers admitted.
“You can get into amateur radio for as little as $ 30 to thousands of dollars,” he noted. You can start where you want and spend as much as your wife allows. “

When asked if his experience is limited to English-speaking countries, Withers replied that “it’s easier”.

The hardest to understand, said Withers, are the Japanese, the Asians. The funniest to listen to are Australians, New Zealanders and Irish.

Withers also noted that you need to have a working knowledge of the different bands (frequencies) used by amateur radio enthusiasts.

“Some of them go further than other groups. And so you have to know which groups work best during the day. Some groups work best at night. These are all things you learn, ”said Withers, a member of SPARK since 2008.

For more information, visit arrl.org/field-day or visit their facebook page.